They will concede they are both older women, but beyond that, the vandals who changed the name of (what is now) Douglass Park by a single letter wish to remain anonymous. Their persistent crime? Adding a second “s” to “Douglas Park” signs in the Chicago Park District. 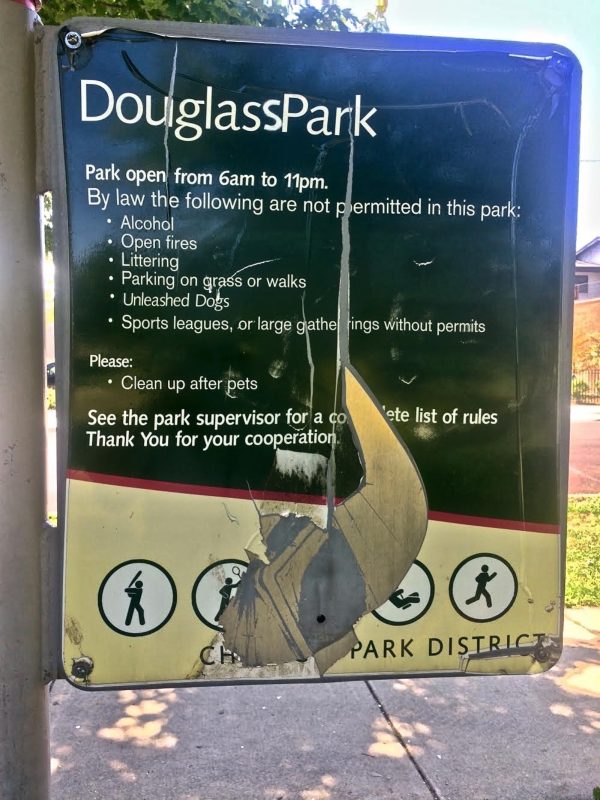 “It had started to bother me, and I would wonder, ‘Why is this park not named after Frederick Douglass instead of Stephen Douglas?’” one of the self-identified vandals explained to WBEZ’s Linda Lutton. The former was an abolitionist — the latter, a slavery profiteer. The vandals were first clued into the park’s problematic namesake by middle-schoolers who started an awareness-raising effort back in 2017. Try as they might to write letters and chant at officials, the kids were not taken seriously and for years the park retained the name Douglas. 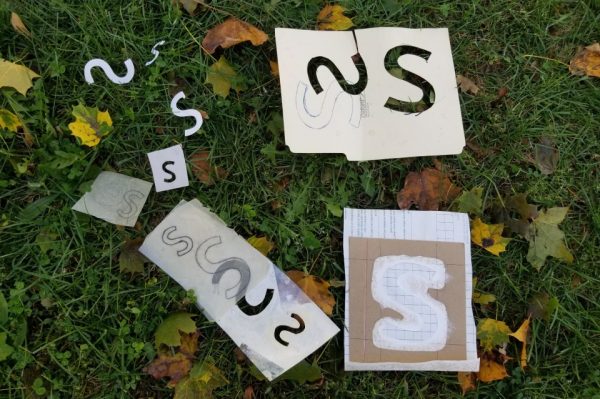 Thus, the vandals took it upon themselves to start modifying the name manually, one sign at a time. At first, they tried cutting and gluing on paper letters, but these weren’t able to withstand Chicago weather. Next, they used stencils to paint out each “s” more precisely and durably. What started with a single sign spiraled outward to include 47. The vandals used a hand-notated map to keep track of their work. 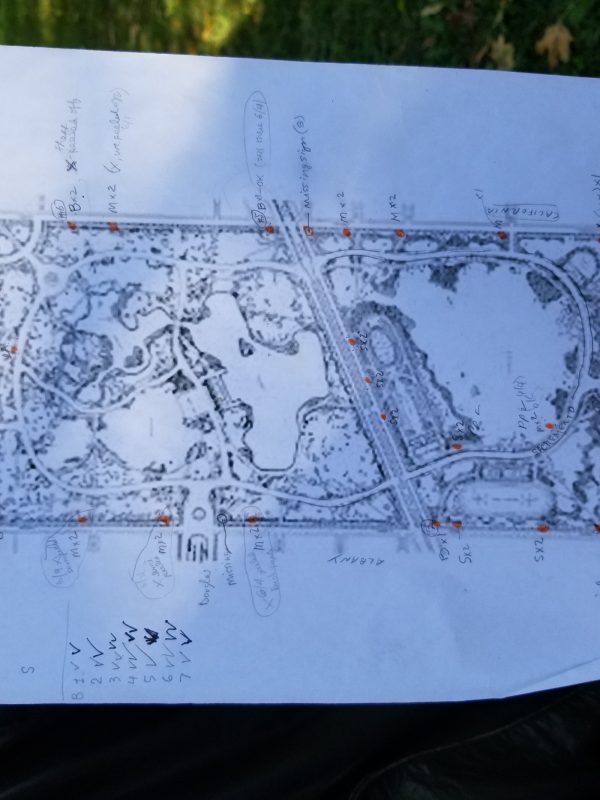 Some signs, however, were trickier than others. On medium-sized signs where “Douglas” and “Park” were on different lines, the task was straightforward. On smaller signs, there wasn’t much room for an “s”. And on the biggest signs, they had to use ladders to reach their targets. One time they were even caught by someone from the Park’s Department, but hid the “s” and feigned an interest in typography.

Remarkably, most of the extra letters were left up. Then, eventually, the city made it official, renaming the park for Frederick Douglass and his wife Anna, a shift which resulted in the removal of the makeshift signs (with the extra letter already on them) in favor of new official ones. At least one modified sign survives, however, in a museum — a reminder of the activism that helped bring about the name change. To hear more from the vandals, check out this piece from WBEZ News.