In the Netherlands, a combination of geographical size, flat landscapes and frequent flights conspire to makes airplane noise a particularly vexing problem. It turns out that extant landscapes in the region, however, also contained the seeds of at least a partial solution. 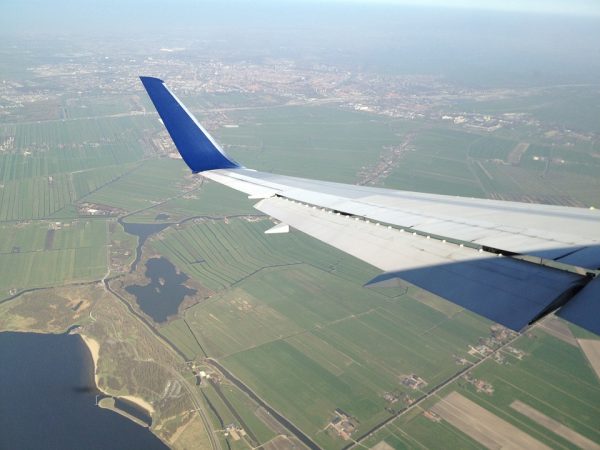 In the early 2000s, Amsterdam locals frustrated with sound pollution demanded the city do something to address it. The low frequencies and long wavelengths worked against traditional barrier solutions, but airport staff realized that plowed fields in the area seemed to dampen the noise — especially ones with a particular spacing of ridges.

Reverse-engineering this phenomenon, landscape architects from the firm H+N+S worked with artist Paul De Court and drew on the work of acoustician Ernst Chladni to create over 100 grassy pyramids specifically designed to address this site-specific problem. 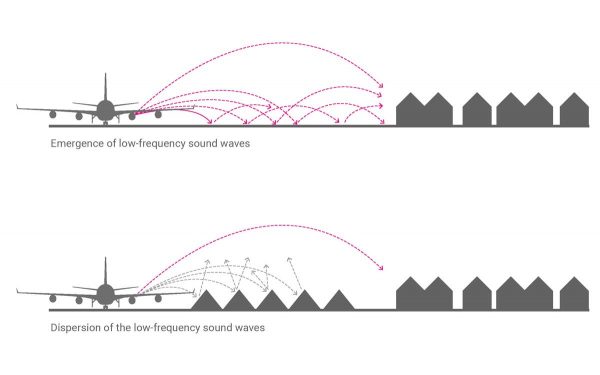 Instead of simply disrupting sound waves, though, the Buitenschot Land Art Park also included paths for cyclists and pedestrians. Per Landzine: “Through vistas and lines of sight, smaller and bigger rooms emerge, which can be used for sports and cultural events. To the north and south the grassy ridge structure extends until it dissolves into longitudinal pyramids, distributed along the edges. Unique art objects are placed on the pyramids, inspired by parabolic sound mirrors, exploring the meaning of sound in this soundscape.” 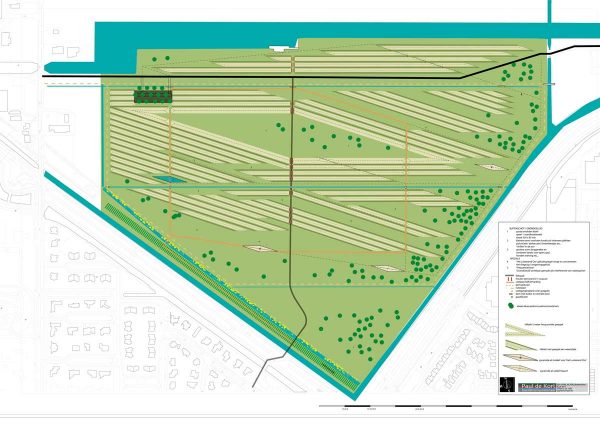 Previous Episode: Drowned Lands of the Wallkill: Recounting the Great Beaver and Muskrat War of the 1800s
Next Episode: Space Force, About Face: Military Camo’s Pivot from Pixels Back to Organic Patterns